Despite the threatening rain clouds it was a celebratory atmosphere of sorts today--Thursday September 14, 2017--in our little corner of western Alaska as we participated in the repatriation of twenty-four of the local ancestors whose remains were just this fall returned from the Smithsonian National Museum of Natural History where they had been since the early 1930's.

The Museum Director, Kirk Johnson and Repatriation Program Manager, Bill Billeck were in attendance providing presentations during festivities on the evening prior to the ceremony and fully involved in the proceedings of the day right down to the shoveling of soil onto the grave site.

Nearly everyone from the village along with at least 11 visitors from the surrounding region and D.C., boated down river in nine skiffs, past scenery that is well known and loved by us and probably was even more so to those being returned home, since they would have paddled past it ever so slowly in their bidarkis (aka kayaks). The ancestors were laid to rest in the site of the old village on the Kvichak River near the confluence with Kaskanak Creek. They received a service performed by the Russian Orthodox priest, Father David Askoak, from the neighboring village of Newhalen as well as a blessing song in the native tradition by our local Igiugig Yup'ik dance group.

It was a fun day full of retrospection as we walked among houses that are now merely depressions in the ground and overlooked scenery that has been appreciated for its beauty and wildness for generations immemorial.

A Repatriation Poem by The Larval NoSeeUms

We started at the church
With prayers and singing—lots of singing,
(and really good bread)
Being really quiet
And sad for the Ancestors
Because they died
And got taken far away.
A sad gray sky,
A bridge over deep water,
And One big hole—brown and orange and gold.
We danced for the Ancestors
By three white crosses
On a rainbow hill. 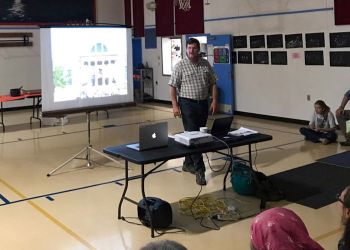 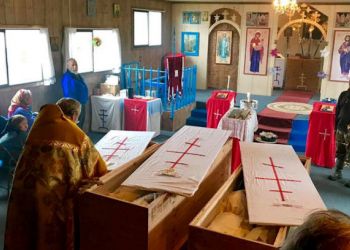 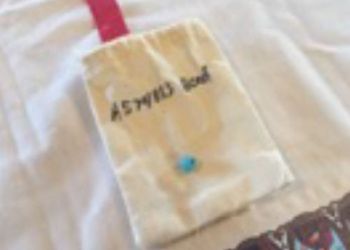 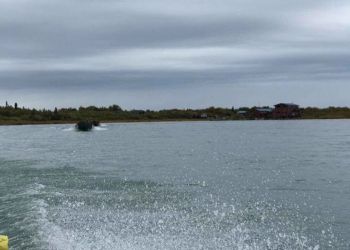 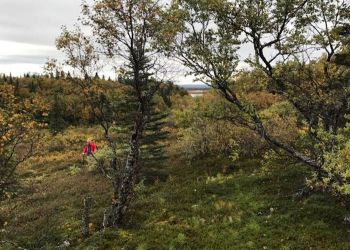 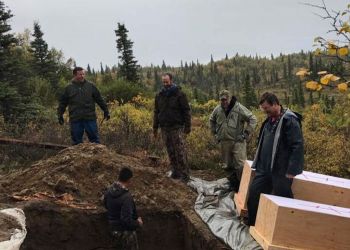 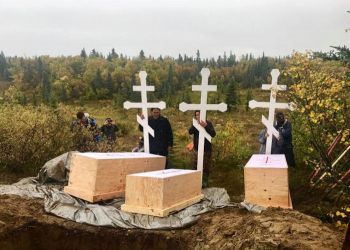 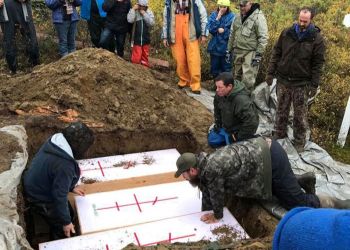 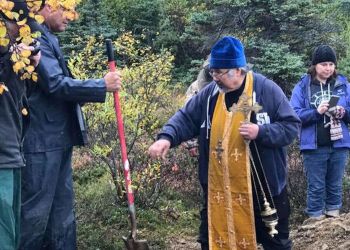 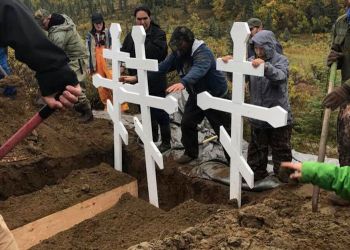 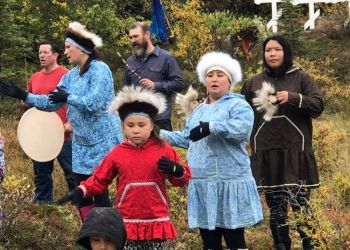 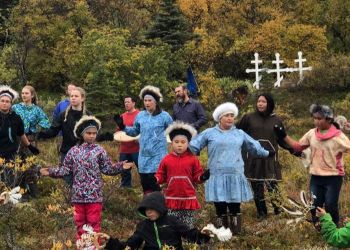 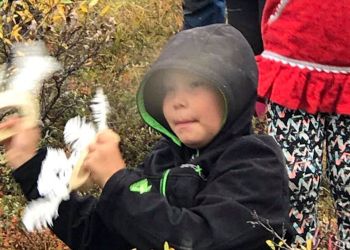 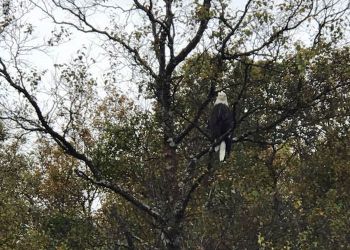 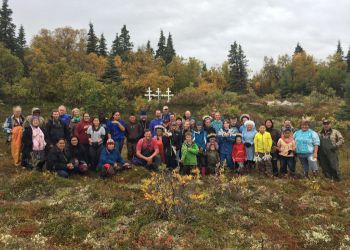