AlexAnna Salmon was raised in the Village of Igiugig. She is the granddaughter of John and Mary Olympic, and the second oldest of Dan and Julia Salmon. In 2008, she graduated from Dartmouth College with a dual Bachelor’s degree in Native American Studies and Anthropology. She returned to work for the Igiugig Tribal Village Council as President and Project Director. AlexAnna also serves as a member of the Lake and Peninsula Borough Planning Commission, Igiugig Native Corporation board and the Nilavena Tribal Health Consortium board. She loves spending time with her family, village life and traveling.

Karl Hill is the second of six children of Pete and Barbara Hill. He grew up in Kokhanok and Naknek before attending the United States Merchant Marine Academy in Kings Point, New York. After working at ship and submarine design sites for military contractors in Washington, D.C., Karl went on to receive his master of science degree in environmental engineering at the University of Alaska in Anchorage, Alaska. In addition to serving on the Igiugig Tribal Council, Karl is the assistant general manager at the Iliamna Lake Contractors, serves on the Iliaska Environmental Board as Environmental Director, serves as a member of the Local School Advisory Committee, and owns a commercial drift gillnet operation in Bristol Bay. Karl is married to Stacy Hill and they have two children, Kaleb and Kaylee.

Christina Salmon is the eldest daughter of Dan and Julia Salmon. She grew up in Igiugig and attended the University of Alaska Anchorage, focusing on Journalism and Alaska Native Studies. In addition to serving on the Igiugig Tribal Council, Christina serves on the Lake and Peninsula Assembly. Christina also works as a Trespass Officer for the Native Corporation maintaining Village rules and regulations on Native Corporation lands. She enjoys fishing and berry picking in the summer and most importantly, enjoys the time with her four children: Aiden, Keilan, Dannika and Beatrice.

Ida Nelson is the youngest daughter of John D and Agafia Nelson. Ida is a single parent of two daughters, Kiara and Shealayla. She is a subsistence provider for her family. In addition, she works for the Village Council as a bulk fuel farm manager, head tribal clerk and serves our community as a member of our Village Council. Ida also works for the Lake and Peninsula School District as a cook, and for Iliamna Lake Contractors as a camp cook. She enjoys skin sewing, beading, berry picking, hunting and spending time with family and friends.

Alicia Tinney is the oldest daughter of Renae and Gregory Zackar Sr., and the granddaughter of Alice and Simeon Zackar. Alicia is currently the Social Services Director and currently serving our community as a member of our Village Council board. She loves to read, berry pick, and spending time with her daughter and god daughters. 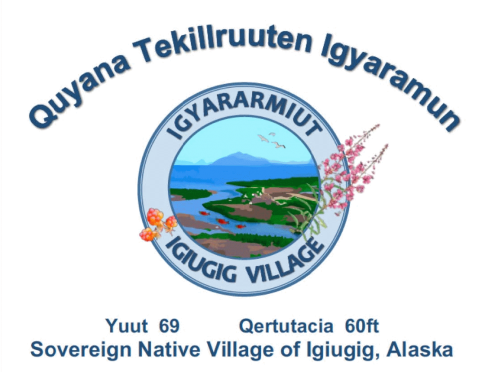