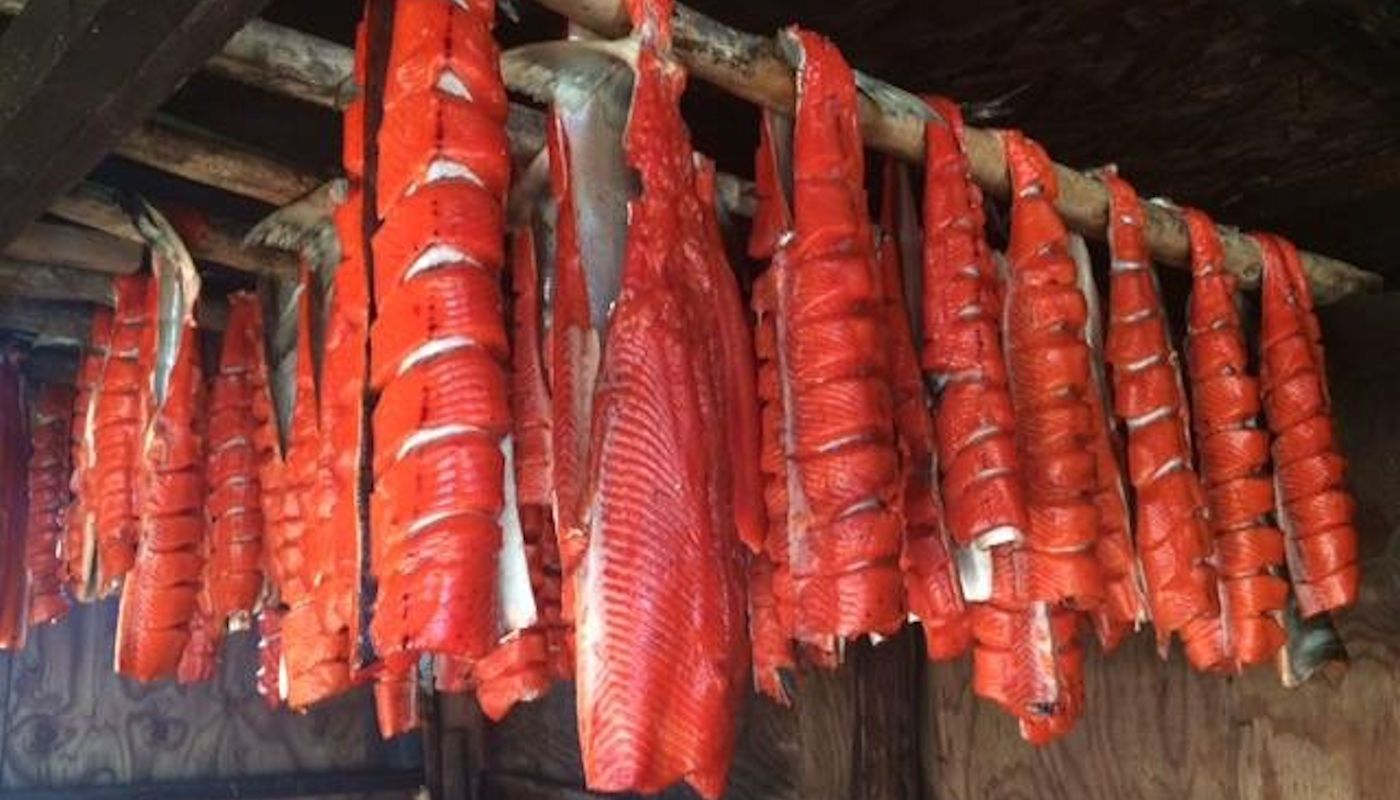 Subsistence is the practice of hunting, fishing, or gathering food to live on (not to resell), and it is practiced by almost all the residents of Igiugig in some manner. Fishing for red salmon and gathering berries in the summer as well as hunting caribou or moose in the fall and winter constitute the primary subsistence activities of the village.

Subsistence hunting is vital to the community's survival. Moose, caribou, waterfowl, beaver, porcupine, and geese are all hunted during the allowed seasons. Wolves, red fox, wolverine, and lynx are killed and used for fur. Fur from these animals are used for hats, gloves, coats, and ruffs. Commercial trapping is also a viable activity which many couple with subsistence trapping and hunting. Bears may be killed when they impose a threat to the community - their meat, fur, claws, and feet are then distributed to interested village members. Bear feet are considered a local delicacy, while bear claws are valued cultural trophies. Antlers from moose and caribou are saved for coat hooks, gun racks, fences, and also for use in native crafts.

Most animals are hunted with guns, but trapping still occurs, particularly for fur-bearer animals such as wolves, fox, and beaver. Winter trap lines established by the local residents may have as many as 200 traps spread over 100 or more miles. Most trap lines are built in a triangle den around bait to lure game. The hunting seasons locally are different for all animals. Caribou season begins August 1st and lasts through April. Moose season opens September 1st and closes in mid-October when rutting begins. Waterfowl are hunted in early spring and summer until molting begins. Boats are the main type of spring and summer hunting transportation, particularly for caribou, moose, waterfowl, and geese. Snow machines and ATV's become the main form of hunting transportation during the fall and winter months. Meat from animals killed in subsistence hunts are generally frozen, but some may also be dried, smoked, or eaten fresh. Most residents own large freezers for storing their meat and smoke houses for drying and smoking game.

Subsistence fishing is also an important source of food for the residents of the village as well as their pets. Sockeye (Red) and Silver Salmon are the most valued fish locally community members harvest, but King Salmon, Dog Salmon, Rainbow Trout, Whitefish, Arctic Greyling, and Blackfish are also commonly eaten. Salmon run up the Kvichak River, one of the largest runs in the world, between the last week in June and the middle of July. The salmon run into Lake Iliamna where they spawn and eventually die. An average salmon run on the Kvichak consists of approximately 6 million salmon, but that amount fluctuates yearly based on commercial fishing, weather, and other factors. Most community members who subsistence fish utilize drift nets for their salmon. Generally, subsistence salmon is used for fresh food, frozen for storage, or smoked for winter consumption.

Subsistence gathering is another important source of food for residents. (See the Native Plants page for more information on this.) Residents often pick low and high bush cranberries, salmonberries (cloudberries), blueberries, blackberries, or moss berries. Wild cranberries grow on the tundra or near cottonwood trees - residents generally pick the low bush cranberries during the months of August and September, while high bush cranberries are picked up until the first frosts of the fall and winter months. Salmonberries are reddish-orange and look like orange raspberries. These berries grow near marshy or swampy areas and are commonly picked by villagers in the summer months. Salmon berries are the largest berries around Igiugig, and are a common ingredient in agutag.

Other than berries, Village residents also gather many native plants, both for food and medicinal purposes. Among the common native plants are fireweed, fiddlehead ferns, wild celery, and spinach. Fireweed earns its name from being one of the fist plants to grow following a brush fire. Fireweed may grow anywhere from 3 to five feet in height and sport a magenta flower while blooming. Many residents use fireweed to make jellies and jams. Fiddlehead ferns grow in dark and damp areas, usually sprouting in May. They achieve their best taste between June and July, when they are picked, peeled, boiled, and used in agutag. Wild celery and spinach grow on the tundra around the village, and are very similar to the store-bought variety. Both grow in the summer months and are harvested and eaten fresh by local villagers.